Notice: Trying to access array offset on value of type null in /home/customer/www/greenerhost.net/public_html/wp-content/themes/kimsaltzman/header.php on line 90

Anorexia is an eating condition where individuals starve themselves or severely restrict their food intake with the intent of losing weight. Those with anorexia have an extreme fear of being fat that leads to obsessive compulsive behaviors focused on weight loss. Individuals suffering from this eating disorder are on average 15% below their ideal weight and continue to think they are fat even after they become very thin. Weight loss is achieved in numerous ways such as the use of laxatives or diet pills, excessive exercise, restricting one’s self of food for long periods of time, and vomiting after meals. People with anorexia will usually avert foods with high calorie content and exercise regularly and even rigorously to lose weight. Anorexia often starts in young individuals around the onset of puberty and many individuals with this kind of eating disorder are described as over-achievers and/or perfectionists.

What are the symptoms

There are several symptoms for anorexia however, not all individuals will experience the same symptoms. The most common indications include a low body weight, which is inconsistent with body build, height, and age, along with:

What are the dangers of Anorexia

How is Anorexia treated?

Treatment of this disorder varies depending on the patient’s condition. The initial cure for anorexia is generally focused on weight gain, particularly for those who have serious conditions that need hospitalization.

Various types of Cognitive Behavioral Therapy, such as Dialectical Behavior Therapy and Family Systems Therapy are known to be an effective type of treatment and can result in the regaining of weight, improved psychological self-esteem, and normal social functioning.

Bulimia is an eating disorder characterized by self-induced vomiting after consuming food. People with bulimia typically have a normal body weight, but see themselves to be fat and may feel self-disgust with intense guilt when they eat. Often times they will binge, or consume a large amount of food (often times high fat, high calorie foods), before forcing themselves to purge so that they do not gain weight.

Though both men and women develop bulimia, around 90% of reported cases are female. For most, bulimia starts in the teen years, just after puberty begins. Many individuals with this kind of eating disorder are over-achievers or perfectionists.

What are the symptoms?

Despite efforts of the person to hide the symptoms of this eating disorder, certain signs of bulimia are normally noticeable.

What are the dangers of Bulimia?

Laxatives, vomiting, and diuretics can result to electrolyte imbalances, most usually in the form of very low potassium levels that may trigger a wide variety of indications ranging from cloudy thinking and lethargy to irregular heartbeat, kidney failure, and even death. Other risks include:

How is bulimia treated?

Since low self-esteem and poor body image are the main effects of this eating disorder, therapy is an essential part of recovery. It is common to feel secluded and shamed, and the therapists can assist with these emotions. The best treatment for this condition is cognitive-behavioral therapy, which targets the unhealthy eating habits and behaviors of a person with bulimia as well as the negative and unrealistic thoughts that fuel them.

What is binge eating disorder?

Binge eating disorder is a pattern of eating characterized by regular episodes of binges or, consuming an unusually large amount of food at one time, often consciously or subconsciously to please and manage a range of emotions. During such binges, a person rapidly consumes excessive amounts of food until they feel physically uncomfortable and/or nauseated. Most people who have binge eating disorder try to hide this behavior from others, and often feel ashamed about being overweight or depressed about their overeating. Although people who do not have any eating disorder may occasionally experience episodes of overeating, frequent binge eating is often a symptom of an eating disorder.

Binge eating is the most common eating disorder, and it affects around 25 million people. This condition is slightly more common to occur in women than in men, and most individuals with binge eating disorder are considered to be obese. However, people with normal body weights can also be affected.

What are the symptoms?

What are the dangers of binge eating?

How is binge eating treated?

Professional support as well as therapy from health experts specializing in the management and treatment of these eating disorders, which include nutritionists, therapists, and psychiatrists, is reported to be the most successful way to handle binge eating disorder. Treatment programs utilizing various Cognitive Behavioral Approaches to address the underlying matters, such as depression, stress, anxiety, and other negative emotions, have proven to be very helpful in developing healthy coping mechanisms that deter destructive eating patterns. 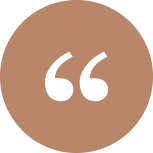 Client Testimonial #6
I personally recommend Kim. My experience of Kim is that she has that special, unique ability to combine personal experience, authenticity and growth with professionalism. Her willingness to be real with her clients as well as her ability to combine creativity and insight into her work is a true gift. I am confident in Kim and her work.
Professional Colleague Jean Dixon, LPC
Client Testimonial #5
I have had the pleasure of knowing Kim Saltzman in both a personal and professional capacity for over ten years. Kim is a gifted and insightful therapist who skillfully uses her professional training, Christian faith and life experience to assist her clients. Kim is one of the most exceptional counselors I have met and I highly recommend her.
Professional Colleague
Lois Thomson Bowersock, LCDC
Client Testimonial #4
Kim exemplifies someone who truly is in counseling because she has a genuine heart to see people healed and restored. Her empathy and compassion speaks volumes about her and makes her so easy to talk to and trust. Trust is something that has never come easily to me but Kim sets up an atmosphere that puts me at ease and gives me the space to talk with freedom. Her mastery and understanding of current therapy techniques has helped to change and restore my life! I owe so much of my recovery to Kim and she truly helped to save my life from the pit. I have learned from Kim that there is always hope for recovery and healing and it is okay to make mistakes and not be perfect. Kim never judges nor condemns and shows me grace and compassion even when I don’t deserve it. She is definitely a blessing from the Lord!!!!
Anonymous Client
Client Testimonial #3
Kim has an amazing way of helping you realize the truth that is already in you. She helped me to see the reality of my codependent relationship with an addict. I stayed in the relationship because I couldn't fathom living without him. Kim not only helped me to find the inner strength to get through that lost relationship, but I am now grateful for it! Kim has helped me discover the tools necessary to deal with things that life throws at me in a healthy way. I would not be where I am today without her help! Her easygoing and caring nature makes me feel comfortable sharing the things that I have kept to myself for years, and with her wisdom and insight I have learned to deal with these things that hidden, have been hurting me for so long.
Anonymous Client
Client Testimonial #2
My connection with Kim was immediate. I found someone that truly identified with the problem I was facing. I received immediate feedback during each of my sessions. How refreshing when you have had prior counselors prompt you to talk about yourself for an hour only to tell you “time is up, good work, and when can you come in next.” My only regret is the loss of time and money spent on two other counselors before I found Kim.
Anonymous Client
Client Testimonial #1
When I first sought treatment for my eating disorder and addiction to self-harm, I was terrified of being dismissed by a professional as a “fake who was not truly sick.” Kim did nothing but affirm my decision to get help before things escalated further though. From our first session onward, she has been a beacon of light: shinning God’s truth and hope into the overwhelming darkness of addiction. She’s encouraged me through rough patches; celebrated milestones with me; firmly held me accountable in the most loving of ways possible; and maintained a steadfast honesty with me, regardless of the truth being something I wanted to hear verses something I needed to hear. With strength from God and guidance from Kim, I’ve begun climbing my way out of the hole of my struggles.
Anonymous Client